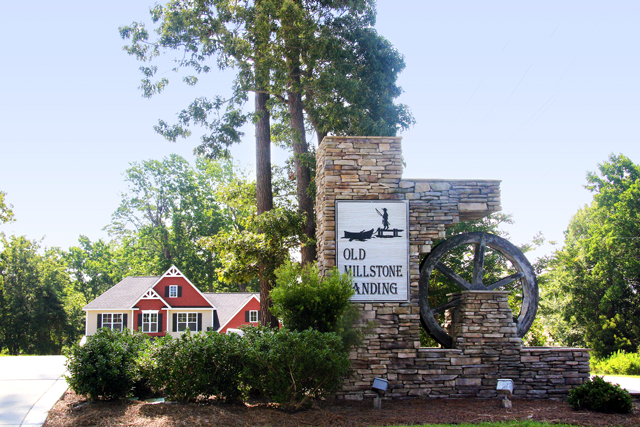 Sneads Ferry is a small fishing village located in southeastern North Carolina. Within this thriving little village is Old Millstone Landing. The community is one of the more unique in the area for a variety of reasons, including a higher elevation that allows homeowners to choose home plans with walkout basements, which is quite rare in coastal communities.

Old Millstone Landing is a hidden treasure, just minutes from both Jacksonville and Wilmington, North Carolina and the pristine sandy beaches of Topsail Island. Buying a home in Old Millstone means you get to enjoy the serenity of small town life in a country fishing village, but you're still near gorgeous beaches and convenient to familiar shops, restaurants, and entertainment in the nearby cities. What could be better?!

Old Millstone Landing is a unique community that offers more than homes and land for sale. The community is situated about 30-feet above sea level, which means that many of the lots allow for dedicated basements. Home sites average about one acre, though there are larger sites measuring in excess of two acres. Salt marshes and woodlands are preserved throughout the community, which makes for some wonderful views and some pretty spectacular wildlife watching. Developers also want new homeowners to know that lots are elevated so flood insurance is NOT required when building in Old Millstone Landing.

Old Millstone Landing is not located on the Atlantic Ocean, but the beaches of Topsail Island are just a short drive away. Topsail Island is 26-miles long and anywhere from 500-1500 feet wide, with several public beach accesses for everyone to enjoy. If you have a 4-wheel-drive vehicle, you can even drive right out onto the beach at the northernmost tip of the island! During tourist season, the island's population grows from approximately 1,000 to more than 5,000, especially during the months of June and July. Living here would be a dream come true for many of the more than 7,000 vacationing families who come here in the summers.

There is some great fishing to be had off the beaches of Topsail Island near Sneads Ferry. There are local docks in Old Millstone Landing, some of which are located on home sites in the community, but the best fishing is usually on Topsail Island. You can read up on the latest fishing reports for Sneads Ferry on the Fisherman's Post. Fishing activity will vary throughout the year, but Topsail waters are known for red drum, whiting, flounder, sea mullet, and sheepshead.

Shrimp accounts for a huge portion of the income generated by the fishing industry in Sneads Ferry, so needless to say, the shrimp is something to celebrate here! There is an annual Shrimp Festival in Sneads Ferry that attracts people from Jacksonville, Wilmington and southern North Carolina and South Carolina. There is no better place than Sneads Ferry to taste the freshest shrimp North Carolina has to offer, especially in August, during the festival!

Just a short drive south of Old Millstone Landing is Surf City, which is located in the middle of Topsail Island. Every year, the city has a tremendous fireworks celebration at Soundside Park. Local vendors sell food, crafts, and gifts; there is live music, and of course, a tremendous pyrotechnic display celebrating our freedom! In the fall, residents and guests enjoy Autumn at Topsail. Usually there is live music, unique arts and crafts from local artists, raffles, food, and a beer and wine garden, among other attractions. Throughout the year, there are local festivals in Jacksonville and Wilmington, NC as well. 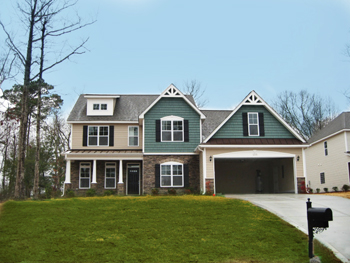 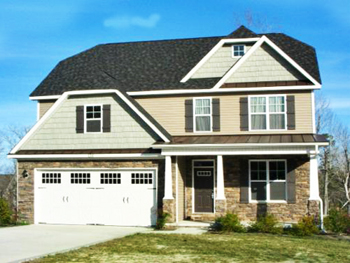 Treasure Realty has been the leading real estate agency in Sneads Ferry and on Topsail Island for over 20 years, and you can rest assured that our friendly realtors know Sneads Ferry well. Whether you're buying or selling, you need a partner who will put your best interests first and that's exactly what we will do. Our agents are ready and willing to negotiate the best home package and work with the developer to ensure that you get the home you want where you want it.

Contact a Treasure Realty agent today. We want the chance to earn your trust, your business, and your friendship.